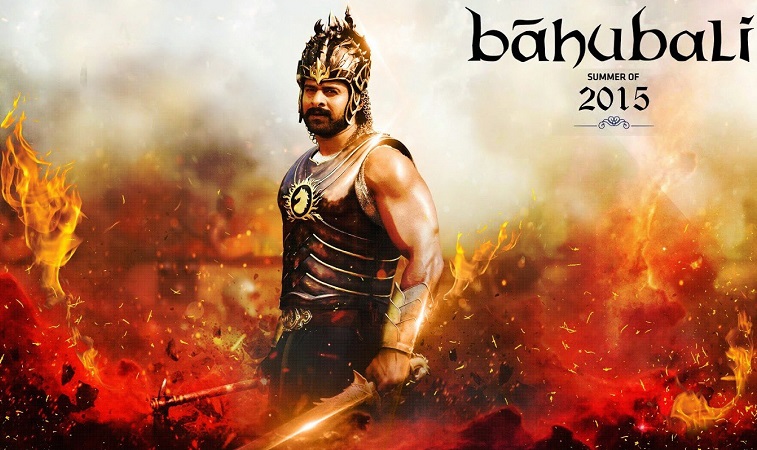 S.S. Rajamouli's magnum opus "Bahubali", which is turning out to be the biggest south Indian blockbuster, has entered the Rs.200 crore club worldwide in just five days since its release, setting another new record.

"This is said to be fastest an Indian film has entered the Rs.200 crore club. It has grossed a whopping Rs.215 crore till Tuesday at the ticket window worldwide. There hasn't been a major dip in the collections even on week days," trade analyst Trinath told IANS.

Said to be made on a budget of Rs. 250 crore, the film features Prabhas, Rana Daggubati, Anushka Shetty and Tamannaah Bhatia in the lead roles. It's about the war between two brothers for an ancient kingdom.

Released on July 10 in four languages -- Telugu, Tamil, Malayalam and Hindi -- simultaneously, the film has surprisingly performed extremely well in all the languages.

The film has emerged as the biggest hit overseas, surpassing even Bollywood blockbuster such as "Happy New Year" and "PK" in its opening weekend.

5 years ago Kudos to director Rajamouli to make a movie with indian content in par with hollywood. He is truly an indian icon to be proud and pretty soon i wish him to represent indian movie to the world.

+ 4
5 years ago well deserving! this movie is first of its kind in India and can give competition to the best hollywood films in this genre! hats off to the makers and everyone associated with this beauty!loved it totally!