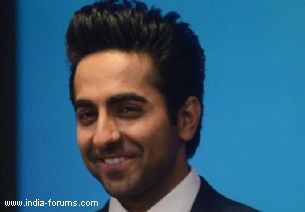 The multifaceted Ayushmann Khurrana performed in a flash mob outside a restaurant here to promote his forthcoming film "Bewakoofiyaan".

The actor, who plays the character of Mohit Chadda, a person who loses his job in the film, danced with a placard, which read "Hire Mohit".

As many as 24 dancers walked around with placards along with the actor-singer.

They danced to the tunes of the film's title track - "Bematlab betukhi...bewakoofiyaan".

Parth Samthaan: Kasautii Zindagii Kay has shaped me as an ...
32 minutes ago