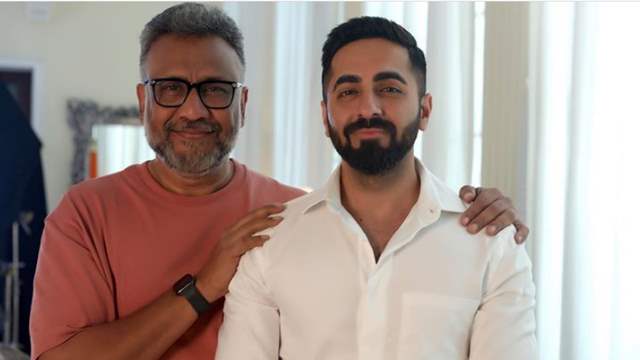 Ayushmann Khurrana has completed the shooting of his next film titled ‘Anek.’ The actor reunites with filmmaker Anubhav Sinha after their successful collaboration in 2019 for their crime drama film titled Article 15.

As Ayushmann wrapped up the film, he got emotional and shared pictures from set. In a d series of pictures, he shared a still of his last shot from the film, a picture with the director, one with the team and finally a picture of the stationary he used on set.

Ayushmann also penned an emotional note alongside the pictures. He wrote, "It’s a wrap! #Anek is very very special. It’s full of surprises. An untouched subject. A very important new age cinema. Why do I get emotional on the last day of shoot? Coz I will never get to play that character again. I will miss playing Joshua. I will miss North East. "

He added, "1) My last shot in the film. 2) with the master craftsman —@anubhavsinhaa sir. 3) My brill team @mohdjaved7639, Sudama, @ravindernota007 and Sanjay. 4) The last time I used my stationery in the film."

Directed by Anubhav Sinha and produced jointly by Sinha and Bhushan Kumar of T Series, sources suggest ‘Anek’ is going to be Anubhav’s most expensive and big-scale film till date.