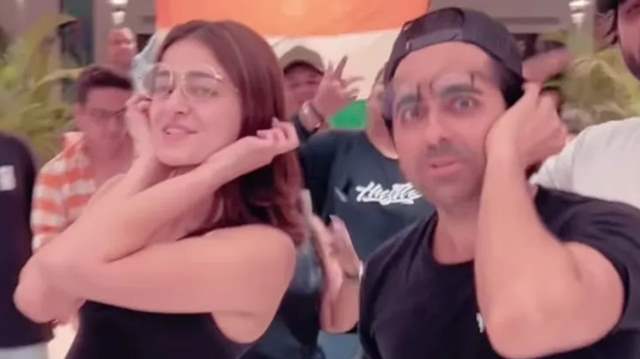 The nation was in a celebratory mood yesterday as Pakistan was trounced by Team India in the Aisa Cup 2022 opener. On August 28, the game took place at the Dubai International Cricket Stadium in the United Arab Emirates.

And when it comes to showing their passion for India vs. Pakistan match, our Bollywood celebrities are not any different. Ayushmann Khurrana and Ananya Panday also celebrated Team India's victory in a unique way.

The actors took to their social media handles and shared a video. they created the trendy reel on the song 'Kalal Chasma', wherein many cast members participated and danced their hearts out.

For the unversed, Ayushmann and Ananya have collaborated on Dream Girl 2, their first project together. The  filming for the movie has begun in Mathura.  The Dream Girl cast have also got Paresh Rawal and Seema Pahwa on-board. The actors recently joined the project and play crucial parts. Raaj Shaandilyaa will helm the film, while Ekta Kapoor will back it.

The first installment of the film titled Dream Girl featured Ayushmann and Nushratt Bharucha in pivotal roles. Audiences loved the film and it was successful at the box office.

Talking about Ananya, her film Liger is currently running in theatres. While the cast heavily promoted the film, it didn't receive a good feedback from the critics as well as the viewers. She will also be seen in the film 'Kho Gaye Hum Kahan' opposite Siddhant Chaturvedi and Akash Gourav.

Ayushmann on the other hand will also be seen in 'Doctor G' alongside Rakul Preet Singh and 'Action Hero'. 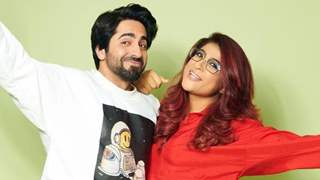 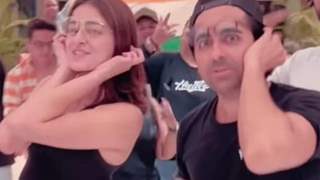 2 months ago She got a movie again?????😅Can she tell the names of atleast 5 Indian players (who's team she was supporting)?

2 months ago Hey bhagwan, could you please spare us from Pandey ji? This is the problem with star kids---they get away with ANYTHING :(