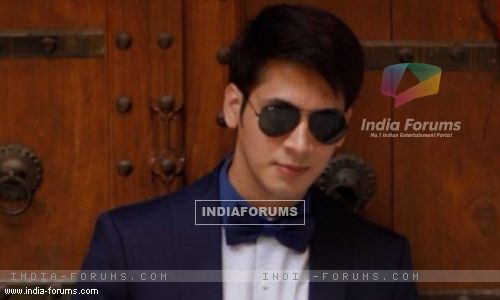 MTV's "Kaisi Yeh Yaariyan" will soon have an interesting twist in the storyline with Ayaz Ahmed's character Cabir turning gay.

The show portrays the life of five buddies, and the current track shows Cabir as a womaniser, who is always surrounded by beautiful ladies and someone is always flirting with them.

The twist is that Cabir is gay, and too embarrassed to disclose this to anyone. But now, the cat will come out of the box.

While homosexuality is a less spoken about issue in the country, MTV, as a youth channel, believes in highlighting it. To highlight the gay act in the show as well, the channel has associated with an NGO 'Yaariyan', which helps those who are fearful about coming out of the closet.

Talking about essaying a gay character, Ayaz said: "I find my character turning gay, a good and interesting turning point for the show. The reason being is that nowadays not everyone gets to play such a character.

"In fact, I was quite kicked about it and I'm looking forward to shooting my new role."

The actor says he has a few friends who are gay and that he respects their way of living.

U are amazing Ayaz love so much !!!

Anilaa 6 years ago Ayaz Ahmed you are doing an amazing job as Cabir! :)
Love KY2..

-CrazySobtian- 6 years ago Love you Ayaz Ahmed! You are doing a great job as Cabir. Thank you CVs for pointing out this issue in the show. Needs great courage for bringing a sensitive track like this. Great work!
Kaisi Yeh Yaariyan rocks!

Niyaz_Lover 6 years ago Love YOu AYaz...
Your Amazing..
God Bless You

shibz 6 years ago Where was this article if it was published on Friday? :/
Ayaz Ahmed you're doing a commendable job as Kabir! Loving Kaisi Yeh Yaariaan.. Take a Bow CVs!

ShivaayAnika 6 years ago kudos to all the cast and crew members for executing such a bold twist. Keep rocking guys :)

BinKuchKahe. 6 years ago I am glad that they chose to address this issue. Its very much needed especially in a country like India. Ayaz, you're doing a great job & so are the CVs. Keep rocking KY2 :)

Cat. 6 years ago Ayaz you have the courage and conviction and the talent to go with it. Kudos to MTV and Kaisi Yeh Yaariyan for handling this with great sensitivity and hope it will continue to be so.