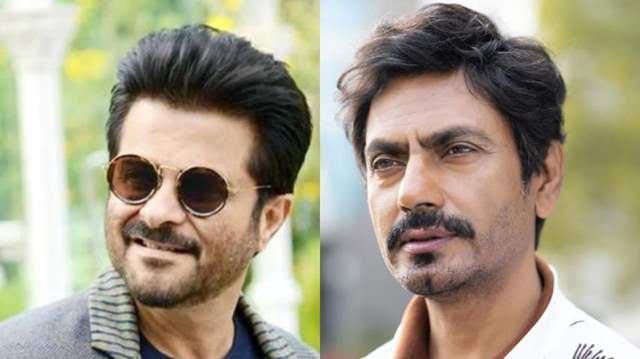 Bollywood actor Nawazuddin Siddiqui is undoubtedly is one of the most versatile and talented actors in the showbiz. The Kick actor is making his mark stronger in the industry with each passing day. The actor made it big not only on the silver screens but also on the OTT platform.

Recently, at an event, evergreen Bollywood star Anil Kapoor too expressed his desire to work with him and praised him for his prowess. This in itself is a huge compliment for the Heropanti 2 actor.

“Nawaz brother, I am a great fan of your work I haven’t gotten the opportunity to work with you till date I am awaiting for a good script for us to work together”

Nawazuddin Siddiqui, who came from nowhere, is now one of Bollywood's top stars today. He has amazed the audience with his variety, whether as a cameo, a full-fledged villain, or a hero. The audience can't wait to see these two performers work together and share screen time.

Meanwhile, on the work front, Nawazuddin boasts of an interesting lineup of films which includes ‘Tiku Weds Sheru’, ‘Noorani Chehra’, and ‘Adbhut’ among others.