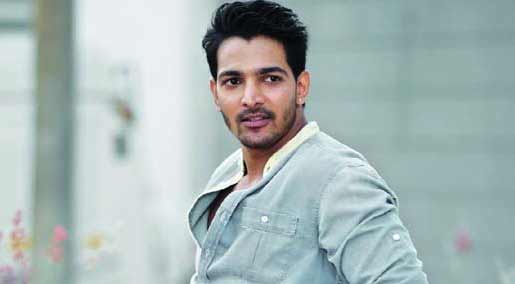 Actor Harshvardhan Rane says the thrills and chills in forthcoming Telugu horror "Avunu 2" will be many notches higher than what audiences experienced in the prequel, which released in 2012.

Ravi Babu-directed "Avunu" was one of the biggest low-budget hits in recent times.

"Everything about 'Avunu 2' will be many notches higher than its prequel. The sequel is scarier, and there'll be more thrills and chills. I myself felt it when I was shooting. Ravi sir has added a lot of layers to the film and some new elements too," Harshvardhan told IANS.

"Avunu 2", which releases in cinemas on Friday, starts where the prequel ended.

"In the end of 'Avunu', I go into an operation theatre and you see some footsteps following me inside. The sequel starts from that point. It's because of the overwhelming feedback of the prequel that Ravi sir decided to work on 'Avunu 2'," he said.

Said to be the continuation of "Avunu", its sequel also features most of the cast from the first part, except a few new additions.

The film is jointly produced by Suresh Productions, a prestigious banner, that was also associated with the first part.

Harshvardhan feels extremely lucky to be associated with the production house.

"There's a misconception that actors with no background don't get any exposure from big production houses. I think people should start rethinking about it. Suresh Productions had also backed my earlier film 'Prema Ishq Kadhal'," he said.

He says the industry is willing to bet on good talent.

"Just like how you find players from different backgrounds in Indian cricket team; our Telugu industry is looking for talent and it doesn't matter where it comes from," he added.

Meanwhile, Rane is awaiting the release of his Hindi debut "Satra Ko Shaadi Hain", which is produced by John Abraham.

Talking about the working experience in Bollywood, he said: "I've learnt that there's absolutely no difference in Telugu and Hindi industries. Everything is almost identical. The only difference is that Hindi films have a wider release."

He also said there isn't much difference in the working style of these industries.

"Both the industries are on par with each other. Bollywood is hiring technicians from south and we're hiring actors. There's so much of talent exchange happening in these industries. I think that's very healthy," he added.

Harshvardhan, who has signed two more Hindi films under John's production banner, has no plans of shifting base to Bollywood.

"I haven't really chalked out a plan yet. I'm indebted to Telugu industry for my life because it has given me so many films and a fan following. And I'm recognised today through my Telugu films," he said.