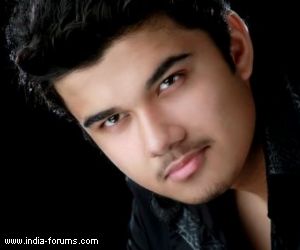 Balika Vadhu star, Avinash Mukherjee who was last seen in Sanskaar - Dharohar Apnon Ki is all set to re-enter the show which is currently in its second season. "When the first season ended, the track focused on Ankit going abroad and marrying a firangi. The family has not accepted this marriage. Now the producers are planning to get him back in the track and the talks are going on of how to adapt the storyline for his re-entry. As far as I know, he may enter the show by first week of January next year," reveals Avinash's dad.

Apart from this Avinash is also gearing up for his debut on silver screen. The young actor has not only got a Bollywood offer but also a project from Bengali films.

On being quizzed about Avinash's Bollywood offer, his father says, "Well, about the Bollywood offer, I can't say much as only the talks in the first round are over. He is yet to be finalized and that will only happen after the second round which is in December second week. So until things get finalised, we can't talk much about the project. Though there are lots of things in the pipeline for him."

Can you give us the details of what's more store in for Avinash? "There is one Tollywood (Bengali) film. We are in talks with the producer but haven't signed any papers so again I can't reveal much about it. There are negotiations going on about signing the contract. Actually the producer wants us to sign a contract for 2 or 3 years which is not possible right now. So let's see what the end result is," concludes Mr. Mukherjee.

We hope that Avinash shines on the big screen too and are sure his fans too wish for the same!!

Anupamaa: Paritosh and Kinjal exchange rings but who is the ...
44 minutes ago