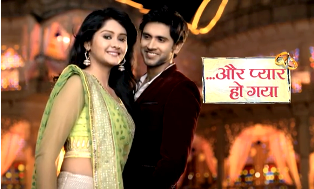 Set in Jaipur, this romantic saga is about the tender feeling of falling in love for the first time. It is the story of Avni (Kanchi Singh) who stays with her family who is in love with the idea of being in love and that of Raj (Mishkat Verma). Raj stays with his sister and brother-in-law and he too has been romanticizing about love.

They both have a chance meeting which is love at first sight for Raj whereas Avni is unaware of his feelings for her. They have a slew of chance encounters but never get to introduce themselves to each other.

There is also the track of Avni's brother Akshat (Waseem Mushtaq) who is in love with a girl Arpita but since he cannot admit this to his conservative family puts it forth as an arranged marriage proposal. While everyone is okay with the match, his bua is against it but she has to accept the decision. However, she sees Arpita hand in hand with a boy (who is in fact Akshat) at a rock concert and has doubts about her yet again.

The Jaipur background works wonders. The makers have shot the show at some beautiful locales in and around Jaipur which lend an authentic touch to the story. Even the indoor sets add to the ambience of the story. The families are shown to be coming from rich background and the sets are appropriate too. The costumes (Neerusha Nikhat) and accessories match the aura of the show and show that it has been worked on in detail. Dialogues by Dheeraj Sarna too need a mention here since they are apt and matching the mood and depict the feelings of the youngsters shown in the show. 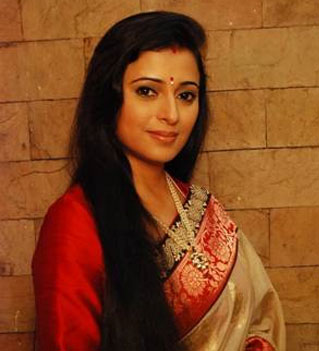 Reena Kapoor who makes a comeback as Avni's mother looks beautiful, well groomed and apt for the part. So is Ashita Dhawan as the bua has character well etched out. Newcomer Kanchi Singh matches Reena Kapoor as her daughter and looks confident in each shot. We like the scenes between them.

The show's USP was supposed to be that of first time love, but the narrative is too slow and obvious. Many a times there are cliched scenes like the boy finding the girl's anklet and keeping it, the dupatta getting entangled in the boy's cuff link or the boy's bracelet left hanging to the girl's dupatta. While these scenes do add a touch of innocent romance to the love story the show seems to go very slow. The scenes seem to drag on and go on forever.

Even as Kanchi Singh comes across as a breath of fresh air Mishkat Verma who too debuts on TV needs to be groomed a bit more.

It has a typical Rajshri films touch to it with the families and the settings and the newcomers as the Jodi in it which the makers need to change otherwise the feeling of 'I've seen this somewhere else before' will continue. Reena Kapoor talking about the cricket played by the families when they go for picnic too is typically a Rajshri films memory.

The show undoubtedly is about first love and what follows next but then there is a subtle weaving of the mother-in-law in the form of the bua. Also Raj's mother is yet to be introduced and we never know how she will react to his love for Avni. Avni too has one more elder brother who seems to be a rebel who will hopefully add spice to the ongoing drama.

Aur Pyaar Ho Gaya needs to hasten its speed a bit otherwise it looks like it is always on a slow motion mode. However, all said and done the show might just find an interesting audience in youngsters from small town.

7 years ago Rigt now i m loving it..!!
It feels nice watching dem..it has a cute innocent fantasy feeling..!! I m okay with its slow motion now atleast..till it doesn't look dragged and yeah no slow motion melodrama..!!

7 years ago I feel the dress up of Kaanchi Singh is kinda reserved. She should open up. Cmon it's showbiz and she should be made to look as gorgeous as possible. The character of bua is overrated and unnecessary, adds poor melodrama only. For me, the character is dismal !

+ 2
7 years ago beautiful & cute show must have to admit. way to go

+ 2
7 years ago i love the show...i amy not get to watch it all the time but its an interesting concept something nice and fantasy like...i dont see anything wrong with it being on slow motion for the time being

+ 5
7 years ago Since its rajan shahi shw I m confident it will pick up slowly...let's seee...all the best to mishkat varma ,reena kapoor and kanchi singh

+ 2
7 years ago Mishkat Varma Love u For doing Ur Act superbly... u r Amazing As RAJ.

7 years ago the show has rajshri feel which i totally love.
Reena Kapoor is doing a fab job and looks as beautiful as ever just not as old as to play mother of three grown up children.