COLORS' remake of Friends and Baywatch titled 'Beach-O-Beach' has really been the talk of the town for few months now..

Featured Video
And the latest news is that the Production House and channel have roped in the two-time National Award winner Atul Kulkarni in the show.

According to our source, "Big names like Atul Kulkarni, Paintal, Asrani and Viju Khote will be seen playing important roles in the show".

Paintal, the veteran actor was earlier part of Amber Dhara and is now seen in Sony's Aathvaan Vachan. Asrani, the actor-par-excellence needs no introduction, and Viju Khote who happens to be Shobha Khote's twin brother has been seen in movies like Andaz Apna Apna, Virudh, Home Delivery, Corporate etc..

And as reported by Telly Buzz earlier, this multi-cast show will also see the likes of Eva Grover who essays the role of Ruby Aunty who owns the shack in Goa where all the action takes place. Giving them company will be Daljit Kaur, Anirudh Dave and Chahat Khanna along with many new faces.

The shoot for the show has already begun in Goa, and the second schedule will take place in Mumbai. The launch date and time slot has not been finalized yet.

We tried calling Producer Paritosh Painter, but he was unavailable for comments.

Hope the huge cast of the show grabs the viewers' attention and does well for itself!! 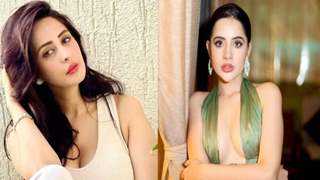 5 years ago It is a great movie and dialogue of the movie are fantastic and the story is superb and star cast of the movie is outstanding.I really enjoy this movie.

13 years ago i thought they''d have more younger ppl in the show since its adaptation of friends but it seems about the same. Lets see. looking forward to this show

13 years ago Hmm...don''t remember Baywatch having so many older characters...lots of good looking people were part of the show...

13 years ago Dalijit n Annirudh are pretty good but not too sure about Chahat Khanna..hope they had more popular actors to play the leads

13 years ago earlier according to tellybuzz Karan Patel,Ali Merchant & many others were also approached.....wht abt them..??.....i think they r the only appropriate actors for this show...not the abv mentioned actors.....