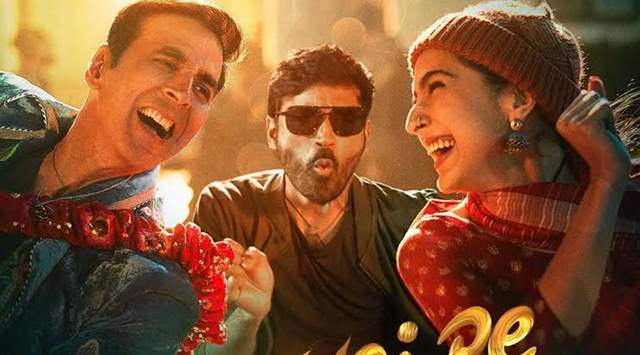 Probably one of the most-awaited films for a long time has been Atrangi Re that stars a brilliant trio of Akshay Kumar, Sara Ali Khan and Dhanush. The moment it was announced that this trio is coming together in a film that is made by Anand L. Rai - it was alluring instantly.

And only a while ago, the trailer of the film was launched. Coming from Rai, you can expect some of the most innovative yet perplexing storylines and Atrangi Re trailer seems no different. Khan's character, a brash girl is forced to marry Dhanush, an abducted man from South India and both are not interested in staying married to each other.

With Rai's films, you can always be left bewildered and while interested at thr same time, you also go in with a clean slate. Atrangi Re stays true to the name and the trailer is exactly 'atrangi'.

+ 7
7 days ago Dhanush killing it in all the languages.