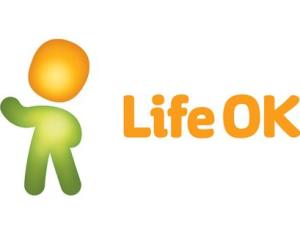 Though the makers of the super-hit show Taarak Mehta Ka Ooltah Chashmah, did not get the same kind of response for their social-centric show, Hamari Saas Leela on Colors, they are planning to entertain the audience with its new offerings.

It's been heard that Neela Telefilms is back to sizzle with a few interesting concepts for the newly revamped, Life OK.

A source reveals, "Asit Modi is making a sitcom for Life Ok tentatively titled as 'E for English'. The show will basically concentrate on those kids who cannot speak fluent English and make horrible mistakes while attempting to do so. The story is about these few kids who join an English speaking class and the comedy that comes out of their conversations."

The show is on similar lines to the popular old sitcom, Zabaan Sambhalke. The pilot of the show has been shot and the production house is waiting for a green signal from the channel's end to start with their regular shoot.

We contacted Producer Asit Modi who rubbished the buzz.

Will this be some old wine in a new bottle? We'll have to wait and watch.

9 years ago jus get lost wid ur irritating shows!!! nobody s gonna watch dem coz u ended d best 'geet'

9 years ago baahh..what else can one expect from an old wine channel, but another show with an old concept..pulheezzz spare us the horrors, i'd rather watch vids of Mind your language all over again...

+ 2
9 years ago Jabaan Sambhalke was awesome show!! lets see how this will be?


Mind Your Language anyone?!

9 years ago this reminds me of my all time favorite, Mind Your Language!! looking forward for this show x)

+ 3
9 years ago its sounds similar to mind your language ...except that was adults ...

+ 2
9 years ago Hope this will be an interesting show with all students from different regions from India.

+ 3
9 years ago Looks like new version of ZS , well hopefully it should be good , simple and neat.
@Vandu, u said it yaar, still waiting hopelessly for SVS season2