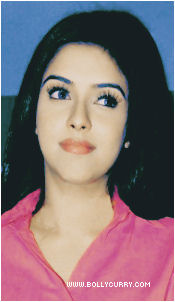 As BollyCurry previously announced, Southern beauty Asin has been roped in to sizzle in Sajid Nadiawala's upcoming sequel, Housefull 2. News is that this time she will be seen in a glamorous new avatar, a far cry from the girl-next-door image she has established so far in her prior films.
We hear the Ghajini-girl will undergo a complete makeover much like the transformation of Aishwarya Rai for Dhoom 2. Aki Narula, costume designer for Dhoom 2, has been approached to turn the sweet starlet into a sensual stunner for the film. There are even talks of Asin sporting sarongs and bold swimwear, much unlike the costumes she's donned thus far.
Sajid Nadiawala is reportedly quite enthusiastic about Asin's makeover and mentions that since the film will be shot in foreign locations such as Italy and Greece, such costumes are necessary for the script.
Whether the script really demands such a transformation for the Southern sweetheart, or Sajid is simply ensuring that the opening sees theaters 'Housefull'... that, we'd like to hear from you!

Rhea Sharma to be seen in Ekta Kapoor's next?
25 minutes ago

Bigg Boss 14: Abhinav Shukla and Rubina Dilaik to be a part ...
3 hours ago
View More
TOP