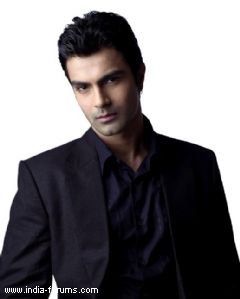 If you were wondering where Ashmit has been all this while then your wait is over. The news doing the rounds is that he is coming back on television.

Putting rest to all the speculation around him being the surprise entry in a dance reality show, Ashmit who has been a popular face on Indian television and been a part of successful reality formats, says, "After completing a successful season of Superstud on Bindass, I was very keen to take up the second season titled 'Superdude'. I have always loved being a part of reality shows with great concepts, unlike movies they give you a chance to be yourself and engage with your audience. I hope to do the same with Superdude and really look forward to start shooting for the same shortly."

As per channel sources the show is expected to go on air this Oct 2012 and will see Ashmit mentoring 13 contestants on how to woo girls or how to sweep them off the floor and be a Superdude! Now isn't that what Ashmit is best at doing!

Karan Patel confirms NOT being a part of Bigg Boss 14

Sweet-bird 7 years ago Who cares!!! IF plz we don't wanna read anything like this article!! The guy is cheap and he is pathetic!! better give us some good article

AnjanaYYZ 8 years ago Dude - nobody is that interested in ur personality... YAWN