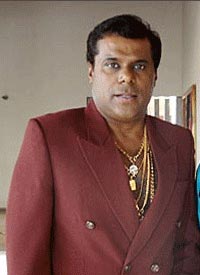 Ashish Vidyarthi who has carved a niche for himself in Bollywood and Television by portraying negative roles is now back to television with Smriti Irani’s new project on Zee, Waaris.

Ashish Vidyarthi’s character in the serial is reported to be similar to Big B’s role in Sarkaar. When asked to comment on this comparison, Ashish Vidyarthi says, “Amitabh Bachchan played the patriarch of the family and so am I in the serial. So all the comparisons that are being made is valid only to that extent, I would say”.

Elaborating more on his character of Rudra Pratap, the actor comments, “The interesting fact about this character is that you cannot call him as a totally negative person as it is a delineated character, and above all, it allows me to bring out various shades in the same character”. Adding on he says, “To make it short, I can say that Waaris showcases on the various relations in a family and also depicts the realities of life where everyone juggles to get a hold on the empire…”

Here’s wishing the new Don of Television a hearty welcome!!

vanithalakshmi7 11 years ago you rock ,as a villain in south indian movies, its nice to see a tv star going to bollywood and then ruling south i think after praksh raj you are the ruling guy there ,all the bests, werequire actors like you who can make us wild when we see the movie and your movie gilli with actor vijay the scenes mychildren love to watch,for in you they see thier father too

shankar rox 14 years ago Show is very promising and they way Zee is involved they will make sure this turns out to be great!

All the best to the star cast!

I love amma ji she is looking really good.

+ 2
14 years ago Rwally looking forward to seeing it... Iqbal looks fantastic... and even Shipa is looking very nice in her housewife attire...

14 years ago Wow, what a hero... Im impressed... He does look like a DON. :clap :clap . So the entire Waaris will be focussed on him then . Good Job Smriti Irani .

14 years ago Welcome Back on Indian Television, Ashish...It has been a long wait!

All the best to the entire team of Warris

14 years ago welcome sir we are waiting for you .. I know you are a powerful actor ..