'We worked together in one of her best films 'Ghunghat' in 1960. She played Bharat Bhushan's wife and she was fabulous. She won a Filmfare Award for her performance,' Asha told IANS.

Bina Rai, who charmed Indian audiences with her performances in 'Anarkali' and 'Taj Mahal' and won a Filmfare award for 'Ghunghat', died following a heart attack in her Mumbai home Sunday.

Asha says she was a timid and young supporting actress while Bina Rai was the leading lady of the film.

'I remember Binaji was very, very introvert. I was the youngest person in the unit. She was my senior and intimidating. She wouldn't mix around and kept completely to herself on the sets. I remember once a co-star was getting a shot repeatedly wrong. The giggler that I am, I kept bursting into giggles. Binaji just stared at me, and then suddenly smiled softly. That was a rare moment of connectivity with her.'

'Ghunghat' director Ramanand Sagar had got very upset with Asha. 'After the incident, he scolded me saying I should know how to behave in front of someone as big as Bina Raiji.'

Asha also remembers Bina Rai as a woman of rare elegance. 'She was not quite like the average film person. Always different and detached One more illustrious soul gone,' she said.

'It happened so suddenly. I wasn't even in town,' said Asha. 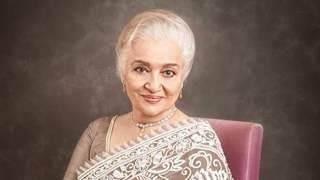 Asha Parekh graces the cover of a magazine; has no regret about not ...