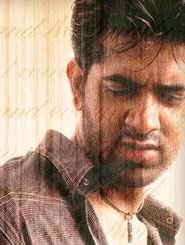 Aryeman Ramsay will now have the good fortune of working with the International Film maker, Amitabh Neil Ray in the film 'Charu', which will be made in both English and Hindi. The film 'Charu' is influenced by Oscar winning director Satyajit Ray's 'Charulata' and is based on the Noble Prize winner, Rabindranath Tagore's 'Nostoir'.

"New York: Unspoken", is a sublime tale of three fine individuals, Charu, Anupam and Amol bonded by an unspoken love relationship. The film depicts sensitivity, goodness, caring bond and also betrayal from someone very close to the heart. The lucky Aryeman quotes, "I have watched the original film by Satyajit Ray and feel it is a fantastic film".

The film will be shot in New York and Canada and some portions in India from June.
-(SAMPURN)
Featured Video