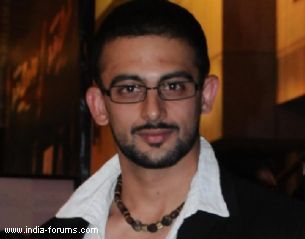 The 29-year-old is set to feature as a guest on UTV Bindass' show "Fearless", wherein he will motivate contestants to face their deepest fears.

But what are Arunoday's fears?

"I don't have any kind of phobia, I am a fearless man! But I hate sharks," Arunoday told IANS.

Asked about his experience of shooting for the movie, Arunoday said: "Sunny is such a sweet person and Randeep is a great guy. I enjoyed working with them."

He followed it up with a cameo in Anil Kapoor's home production "Aisha". The same year, he did Vinay Shukla's take on gender and sexuality in "Mirch".

But it was his work in Sudhir Mishra's 2011 film "Yeh Saali Zindagi", which brought him into limelight and his work was widely appreciated. Now he says he wants to work with the filmmaker again.

"If I would get a chance to act in Sudhir Mishra's film, I will love to do that again," he said.