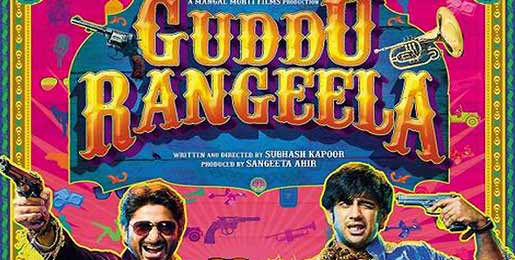 With each film comes an innovative way to promote it and this time the makers of "Guddu Rangeela" have come up with a 'live party' concept.

Lead pair Arshad Warsi and Amit Sadh, who are members of an orchestra party in the film, will bring forward the film's music by performing with real life orchestra parties across India, during their promotional tours.

In the film, the actors play colourful and mischievous orchestra party people, who commit small time crimes. They sing quirky songs like "Mata ka email" in the trailer.

By carrying out this promotional activity, the makers feel, they will be able to communicate two things - their characters and the texture of this comedy film. As per schedule, this activity will take place in six cities, read a statement.

"The film will hit the screen on July 3 and the promotional tour will start two weeks prior to the release date. The tour will primarily focus on north India," a source told IANS.

The director asserts that the amalgamation of 'desi' music of the film with live orchestra will add to the film's appeal.

"Guddu Rangeela run a desi orchestra group that sings some quirky songs. It's going to be very exciting to take the music of the film to the audiences with live orchestra Guddu Rangeela style," Subhash Kapoor said in a statement.