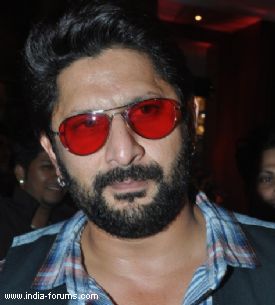 Actor Arshad Warsi has come on board as the face of National Geographic channel's new infotainment series "Brain Games".

"Brain Games", an endeavour to deliver intelligent content in an interactive and witty manner, uses an optical illusions, brain teasers and hard science, to size up the human brain.

The channel has also introduced a mascot called Brian - the "Brain", an actual two meter tall brain with limbs, for the show.

Arshad is happy to be associated with the show and is confident that it will make the audience think twice before going by what their brain says.

"This was a fantastic opportunity to be part of a show on Nat Geo, which literally challenges our perceptions and knowledge of supposedly the most intelligent organ of our body - the brain," Arshad said in a statement.

"Combining hard science with intelligent humour in an extremely fun way, the show is sure to make you think twice before trusting your brain blindly," he added.

"Brain Games" will go on air March 3 on the channel.

Shooting for the campaign was a crazy, fun ride in itself for Arshad.

"I've never spent so much time with a two meter tall brain with limbs - 'Brian' and tested my own brain against his, the difference obviously being the size," he added.