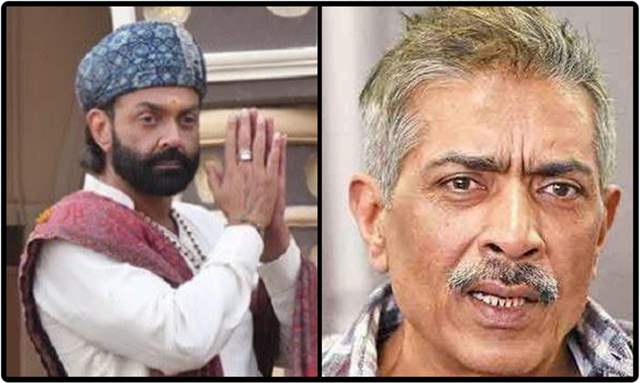 The first season of Prakash Jha’s web series starring Bobby Deol as a godman was a huge success. Owing to the popularity, the makers have announced the second season of the show.

Filmmaker Prakash Jha has found himself in soup as ‘Arrest Prakash Jha’ trends on Twitter for allegedly hurting Hindu sentiments.

“Why infamy to "Ashram system" when story is fictional?Aashram web series is a thoughtful, pre-planned conspiracy against Hinduism! By showing Hindu Saints as criminal & corrupted, they tried to tarnish d image of #Hinduism & Ashram system to confuse Hindus!#Arrest_Prakash_Jha” wrote an user while another commented: “If @prakashjha27 really respect all religious beliefs of the land, why did he played the sacred Shanti mantra ‘Om purnamadah purnamidam…’ in the background ?#Arrest_Prakash_Jha for insulting Hindu Dharma in his Ashram web series”

Speaking about the second season titled "Aashram: Chapter 2 The Dark Side", Jha said: "We've all worked very hard and with a lot of passion on this series, and the response from the audience has made every bit of it worthwhile. Hope this new chapter continues to excite the audience."

"I can't thank the audience enough for making the first edition of this series such a huge success. In the next chapter, watch Kashipur Waale Baba Nirala bend every rule to suit himself, showcasing a side that no could have even dreamt of.”

ChickenSoup 1 months ago Great! More stupidity from these clowns. Why can’t they just relax and enjoy the show?