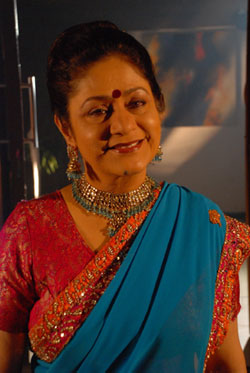 The vivacious and seasoned actress Aroona Irani, after making her presence in Zee TV's Sanjog Se Bani Sangini is now gearing up to formulate the much talked second season of her show Naaginn..Wadon ki Agnipariksha for the same channel.

Though the Buzz about A.K. Production coming up with a sequel was making rounds from quite long but finally we hear that the production house is working on every detail from the cast to the story which will be revamped as the channel has demanded a total refurbish in the concept.

"Yes, we are coming up with season two of Naagin with a fresh look by the year end, confirms actor-producer Aroona Irani merrily.

We dug out some more information from our source who states, "The production house has got a confirmation on the same and the production is working on its pre production work. The channel has asked for a new and a fresh look for the show than the old one. So the new season will definitely be different than the first one. As the production needs all new characters, the casting for the show is going on and the cast will get locked soon."

We wish Aroona Irani the very best for her second innings and hope it outdoes the previous one...

9 years ago i don't care who they get for new cast as long as Sayantani is the main lead!

+ 3
9 years ago omg !! Its a fantastic piece of news. Hope we get to see sayantani in this season too.

+ 4
9 years ago Maa scraped up. sp is scraapping alot of show

+ 2
9 years ago OMG this is great news, I wonder will Sayantani still be part of Naagin since she's going to be in SP new show Maa.

+ 5
9 years ago Nice! I was a regular viewer of Naaginn so I am so looking forward to it. Hope, all goes well :)

+ 2
9 years ago ya i'm way past the sci fi phase (at least i think so) but would watch for santayani if she takes it up!

9 years ago Ohhh i remember that show!! hmm..interesting, cant wait!!

9 years ago I LOVED this show! I'm so looking forward to season two!

9 years ago hopefully Sayantani is still the Naagin!