After weeks of toiling, practicing and giving a no of heart stopping renditions, K for Kishore has finally declared its Heir Apparent. And it is none other than, Bengali babu Arnab Chakrabarthy. Telly Buzz caught up with the singer to know more. 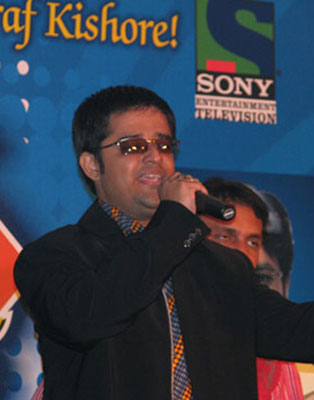 Featured Video
Arnab is not new in the field of singing and has done playback singing for a couple of films like Khakee and Family before coming on to K for Kishore. We asked Arnab how it felt like to be the winner of the show. Arnab replies, “I feel honoured to be known as Kishoreda's Heir Apparent. He has always been my inspiration. It was a matter of great pride to have received my award from a singer like Asha Bhosle who has shared stage space with a legend like Kishore da.”

With so many reality shows happening on television, what does he feel about the concept? Arnab quips, “Reality shows are a big boost to any singers’ career. Once you have participated in a reality show, you are automatically in the limelight. Winners of such shows get fame without doing any playback whatsoever. In fact, I have done more playback singing compared to singers like Toshi et al, but they are more successful.”

Adding further, Arnab says, “I took part in this show only on condition, that there would be no audience voting. The voting pattern in reality shows is such that, most of the times; it results in the ouster of talented singers. I agree the TRPs’ of this show were low due to the difference in format; but it’s a small price to pay if it is necessary to retain quality singers.”

While Arnab Chakrabarthy won the title of the Heir Apparent, Chintan Bakiwala bagged the honour of singing for Nagesh Kukunoor’s upcoming film on Kishore Kumar. Commenting on this Arnab says, “Chintan deserved to sing for Nagesh Kukunoor’s film. He has a voice that suits Kishore da's. Moreover, I do not want to ape anyone. I just want to create a niche for myself in the industry. At the end of the day, it was a fair competition.”

Telly Buzz congratulates Arnab on his victory and wishes him success for all his future endeavors. 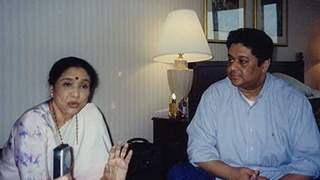 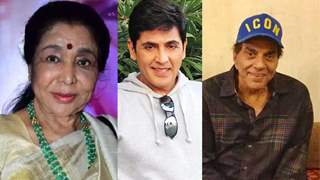 14 years ago I felt bad for Chetan. I am happy for Arnab but wished they had some prizes for Chetan too.

14 years ago Congrats to Arnab! He was the most deserving indeed!
But Arnab and Chetan both were much better than Chintan, so am surprised that Chintan got the movie deal! Anyways Congrats to Chintan too!

+ 5
14 years ago Arnab really deserved to win! He never went off his scales which others did, even Asha Jee praised him! Congrats to Arnab. But why did Chintan get the movie deal?

He was the MOST deserving one. Congrats Arnab!!!!

14 years ago who cares the show sucks big time and comedy circus is 200000 times better thn this show and sony made an mistake by choosing this show to air on weekends and the trps sucked the core after this show came in such gud time of 9.00 to 10.00 on fri and sat when indian idol used to rule the tv this show disappointed me a lott