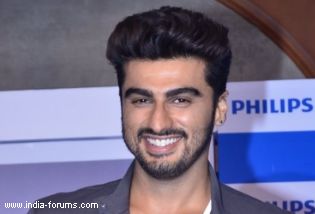 If you think a tattoo on the nape of Arjun Kapoor's neck is the only art job that he flaunts in "Finding Fanny", you are wrong! He will show off two more.

At an event Monday, Arjun revealed that he sports two more in Homi Adajania's directorial venture.

"I have three tattoos in 'Finding Fanny.' In fact, there is a video also that we have uploaded. The one that Homi put out on Twitter is on my neck and that's actually a picture he took," the 29-year-old said here.

Arjun plays a Goan named Savio D'Gama in "Finding Fanny" and says that "I have a French beard in the film".

While he was fine doing tattoo talk, Arjun's chat about the film was restricted.

"I would talk more about the film when the trailer is out. But I am glad that the response from the audience and the media has been very positive," he said.

"I've been sieving through my closet to pick out some of my favourite ...