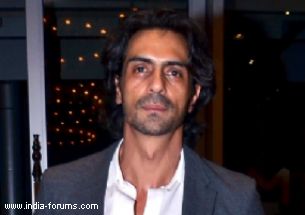 Actor Arjun Rampal has started shooting for his upcoming film "Roy" and he's feeling good about it.

Directed by Vikramjit Singh, the movie also stars Ranbir Kapoor and Jacqueline Fernandez, who will be seen in a double role.

"There is no better place in the world than on a movie set. Started filming 'Roy'. Congratulations Vicky (Vikramjit). Super first shot. Make the movie you dream," Arjun posted on Twitter Tuesday.