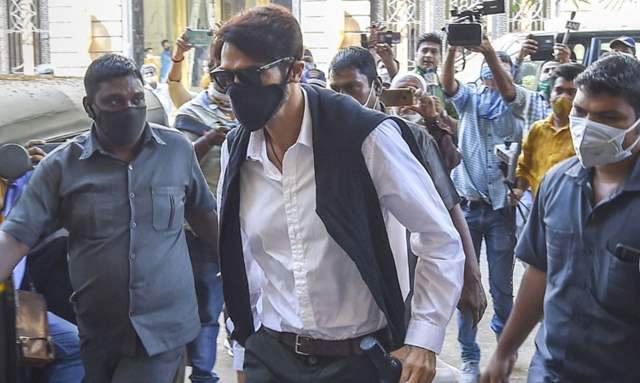 Actor Arjun Rampal is reportedly being grilled by the Narcotics Control Bureau (NCB) in the drug probe which was ignited by Sushant Singh Rajput’s demise. Now, a recent India Today report suggests that the Rock On actor can be arrested by the NCB if the doctor’s prescription that he submitted to the agency is found to be fake.

The recent development comes, post the 48-year-old actor arrived at the NCB office in Mumbai for the second round of questioning on Monday morning, i.e December 21.

The India Today report quoted a source that mentioned, the NCB suspects the doctor’s prescription which was submitted by Arjun Rampal regarding the psychiatric medicines found at his home, is fake.

For the unversed, the NCB reportedly conducted a raid at Arjun Rampal’s residence last month and several reports mentioned that NCB has seized Rampal’s electronic gadgets and asked the couple to join the drugs probe on November 11, 2020.

Arjun had claimed that he had nothing to do with drugs or drug peddlers and that he had also submitted a valid prescription for the medicines. The actor was reportedly summoned again by the NCB regarding the same prescription.

While the summon was sent to the actor on December 15, and he was asked to appear on December 16, he reportedly asked for a week’s time citing personal reasons.