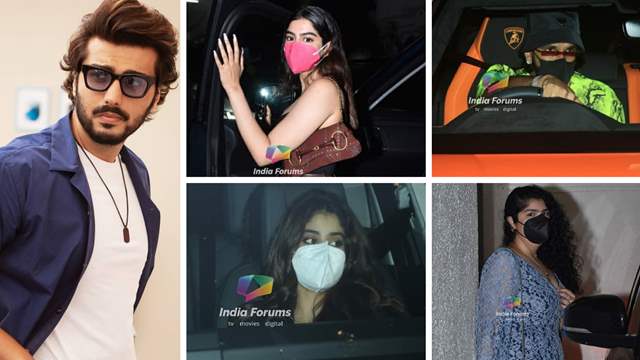 The paparazzi spotted the celebs as they arrived at the party venue. Arjun’s sister Anshula Kapoor opted for a lilac net dress whereas the Kapoor sisters also marked their attendance for the celebration. Khushi Kapoor was seen wearing a black top paired with brown leather pants and white sneakers. Janhvi on the other hand picked a lace back top with distressed jeans and heels.

Lovebirds Alia Bhatt and Ranbir Kapoor also arrives together to celebrate Arjun Kapoor’s birthday. While Alia looked cute in a breezy white dress, RK kept it simple in a tshirt and jeans.

Check out the pictures from last night:

+ 4
2 months ago what the hell. are birthday parties that important? no wonder third wave is on its way.