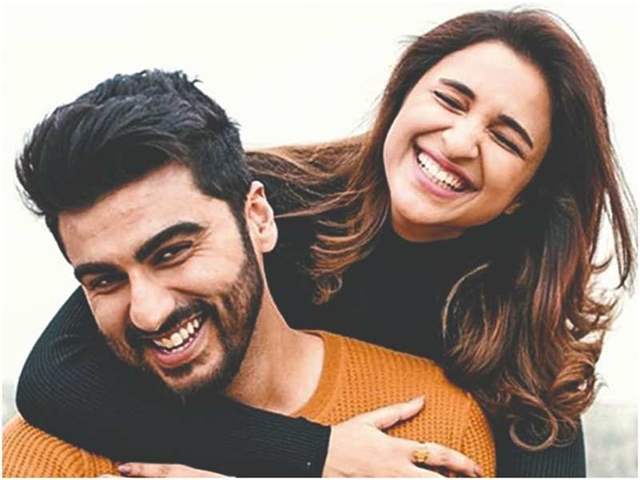 Parineeti Chopra and Arjun Kapoor's Sandeep Aur Pinky Faraar is all set to hit the silver screens on March 19, 2021 and just ahead of the release, producer and director of of the film, Dibakar Banerjee has revealed a hilarious incident where the cast was forced to eat extra parathas due to the film’s lead actress Parineeti Chopra.

It so happened, there was a scene where in the characters had to eat parathas but Pari couldn't couldn't her laughter as the camera started rolling and burst out laughing as soon as her co-star, Raghubir Yadav started speaking his lines. Despite taking more than 4 to 5 takes the actress couldn't get into the frame of her character.

So, when Raghubir (Yadav) ji used to speak in a scene where Parineeti had to be angry, Parineeti started laughing every time she would see him. By now we had already done 4-5 takes and we could see that the light was going. Anil Mehta (cinematographer) was looking at me asking what's going on...

Adding to it, Pari shares her side of the story and said,

Do you know how I managed to do the scene? I didn't even look at him in the scene, because I knew if I would look at him, the shooting would not happen. This was because he had got stuck on Paratha and I had got stuck on him. So what I did was that I kept a mark right above his head. I don’t know if anybody caught that so that I don’t look at him and I don’t hear him. Literally, there was no other solution.

Because of Pari and Raghubir ji, we ended up eating extra Parathas basically just by sitting around. I don't know if Dibakar sir has kept it in the end that Pinky had a fit of suddenly burping while eating but I just did it naturally without even acting because we had eaten so much by the end of it.

Sandeep Aur Pinky Faraar, which releases this Friday, is a raw and edgy suspense thriller that pits Arjun Kapoor versus Parineeti Chopra. Arjun plays the role of a Haryanvi cop and Pari plays a corporate woman from New Delhi whose fate gets intertwined on a fateful night. It is being distributed worldwide by Yash Raj Films.