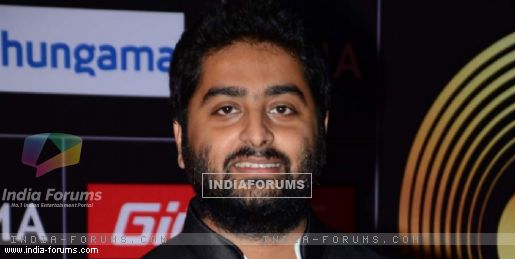 The singer, who has spread love and ignited romance with his music through songs like "Tum hi ho", "Muskurane" and "Hamari Adhuri Kahani", has given his voice to a song titled "Suiyaan".

The director is excited to have him on board and believes that Arijit will add a "golden" touch to the film's music.

"Arijit has a golden voice and no one but him could have sung 'Suiyaan' in 'Guddu Rangeela'. We can't wait to record the song with him that will be part of the film. His voice is just magical and this song will add a lot of dimension to the 'Guddu Rangeela' album," Kapoor said in a statement.

Kapoor asserts that entertainment with a message holds more value in society.

"People should definitely always be entertained but they should also have a take out from the movies. I think that's important," he added.

Produced by Sangeeta Ahir, "Guddu Rangeela" is presented by Fox Star Studios and is slated to release on July 3.