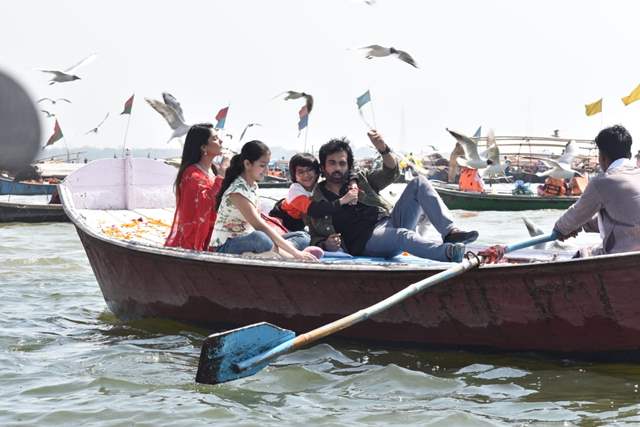 During the lockdown, the reruns of Mann Kee Awaaz Pratigya brought back a lot of memories for the cast and crew as well as for the audience. The emotions tied to a show like this are unforgettable. Recently the cast was extremely thrilled to be shooting in Prayagraj and even more so during the Magh Mela. Once again Arhaan Behll will reprise his iconic character of Krishna Singh in the show and recently he became emotional when he began shooting for the show in Prayagraj since he got a chance to take a dip in the holy waters of the Ganges for the very first time.

“Shooting in Magh Mela was a great experience. The crowd was super ecstatic and though it looked impossible initially, we finished smoothly. I got this opportunity to take a dip in the Holy River Ganga for the first time and the experience was completely gratifying. It also felt nostalgic while shooting at the same location, Prayagraj after nine years. Though almost a decade later, the memories are still indeed fresh. That is how special the show is to all of us and I would be ever ready to do it all over again. Here’s hoping we have many more shoots scheduled at this glorious location” says teary-eyed Arhaan Behll.

Produced by ace television producer Rajan Shahi & creative producer Pearl Grey, the narrative of the show takes off with Pratigya played by Pooja Gor, a public prosecutor who takes up a case that complicates her life as it is conflicting with her emotions. However, she is determined to do what is right and ensures that justice is served. Starring in the series are popular actors Arhaan Behll, Anupam Shyam, Asmita Sharma, and various others alongside the glamorous Pooja Gor.