New Delhi, Nov 18 (IANS) He came, he sang, he conquered. Music maestro A.R. Rahman spun a web of magic over his audience as he sang some of his all-time popular compositions, including 'Khalbali' and 'Pathshala', at his first concert in the capital.

Although the open-air venue at Rajouri Garden in west Delhi was not packed Saturday, thanks to the steep ticket prices (Rs.500-Rs.5,000 per ticket), for the ones who were present it was an evening to remember.

Rahman, dressed in a white sherwani, dominated the grand stage, which had LCD screens flanking both wings, scores of steps leading up to a tiny balcony on one side and was lit up by multi coloured lights.

'I hope you enjoy the concert,' Rahman said as he started rolling out one song after the other leaving the audience spellbound and screaming for more.

From classics such as 'Roja' of the movie 'Roja' and 'Kehna hi kya' from 'Bombay' to more recent hits like 'Khalbali' from the movie 'Rang de Basanti' and 'Barso re Megha' from 'Guru', and hit numbers of the blockbuster 'Sivaji' to a musical score from the yet-to-be-released 'Jodha Akbar', the audience was treated to a delicious musical fare.

Accompanying Rahman were other singers like the pony-tailed Hariharan, Chitra, Madhushree, Sadhna Sargam and Delhi's own boy Kailash Kher, who have rendered their voices to his compositions in the movies.

Ace drummer Sivamani enthralled the audience with his marathon-drumming spell.

With the sets changing with each song and scores of dancers performing alongside the crooning maestros, more glitter was added to the show.

Mid way through the performance, Rahman changed into a dull purple kurta and sat on the piano to perform his English number 'Pray for me brother', a melodious song that asks people to fight poverty.

'I hope you will support me in my fight against poverty,' Rahman said.

He also launched a set of colouring books in the occasion the proceeds of which will go to his foundation that works for humanitarian causes.

As Hariharan sang 'Bharat humko jaan se pyara hai', the crowd stood and cheered, passing the verdict that the three-hour musical evening was a hit. 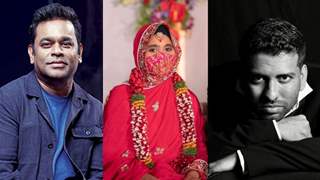 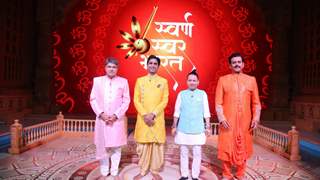