After being nominated in many categories and grabbing multiple awards, Slumdog Millionaire is all set to grab a few more. The ever popular venture has been nominated in 6 categories for the MTV Movie Awards 2009. The exclusive thing about this year's awards is the winners will be decided through online voting by fans.
Slumdog has been nominated for Best Movie, Breakthrough Performance Female – Freida Pinto and Breakthrough Performance Make – Dev Patel.  Apart from these regular awards, there are some atypical categories such as Best Fight and Best Kiss in which real and reel life couple, Dev and Frieda have been nominated. Looks like the onscreen smooth definitely made it on audience's hot list!
Furthermore, MTV has added two new award categories: Best Song and best WTF Moment.  The classy AR Rahman's Jai Ho has been nominated for Best Song. This nomination will be competing against popular singers such as Bruce Springsteen, Miley Cyrus and Paramore.  In the Best WTF Moment category, the jumping in the poop shed scene has been selected from Slumdog Millionaire.
The MTV Awards 2009 will take place in an elegant yet exhilarating ceremony in California on May 31st. The event will also be telecasted live on MTV.
Wish Slumdog Millionaire all the best! Will this venture sweep all the awards once again? Only time will tell.
Featured Video 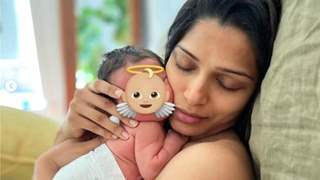