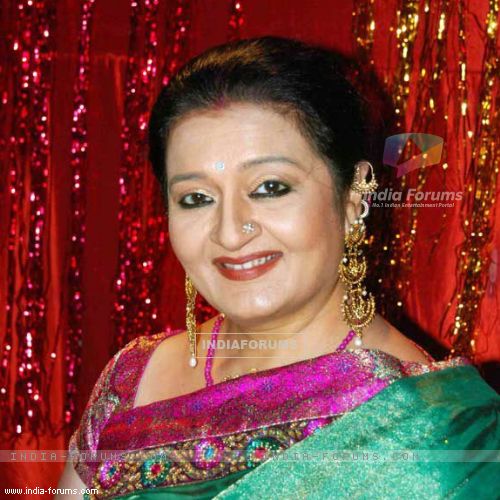 Actress Apara Mehta, known for her role in the TV serial Kyunki Saas Bhi Kabhi Bahu Thi, will soon be seen playing a modern and contemporary grandmother in the forthcoming show Jamai Raja.

She is playing a "nani" who prays every morning and is hip enough to sport salwar kameez, try nail art and visit a spa every now and then.

Nia Sharma, who plays the female lead Roshni in the show, lovingly calls her 'glamorous'.

Apara says that she has always wanted to do roles that are different, and "Jamai Raja" that has been produced by Ashwini Yardi along with Akshay Kumar under the banner Grazing Goats Pictures, was truly one of them.

"I had always told myself I'll never do a role where I am playing a granny with a chandan ki bindi and a white saree. So, at first, when I heard I was approached to play the role of the heroine Roshni's maternal grandmother, I was not sure if I wanted to do it.

"But when Ashwini (Yardi) told me all about the character being young at heart and someone modern, contemporary and cool, I instantly found the role catchy," she said in a statement.

Jamai Raja, will air on Zee TV starting from Aug 4.

nishalluv 6 years ago love u nia sharma
all d best !!!

nishalholic143 6 years ago We are waiting for next epsd Nia Sharma...

babycherry 6 years ago love u nia sharma...eagerly waiting for u r show...

babycherry 6 years ago Waiting for jamai Raja and nia sharma love u...

love u nia sharma...eagerly waiting for u r show...

JiyaNishal 6 years ago Waiting for jamai Raja...Nia Sharma waiting to see u as Roshni...


Waiting for jamai Raja...Nia Sharma waiting to see u as Roshni...


Waiting for jamai Raja...Nia Sharma waiting to see u as Roshni...