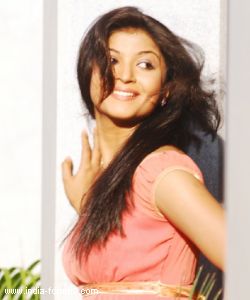 Anushkaa who is currently seen as Rekha on Sahara One's Mata Ki Chowki will play a vital role on SAB TV's upcoming show, Don't Worry Chachu. She will play a positive character named Rekha Ben who is naive, innocent and trusts everyone easily. This comedy revolves around Asif Sheikh and his family wherein Anushkaa will portray the oldest daughter-in-law of the house.

"It's a nice role to play as I am extremely positive and I feel everything in the world is right, nobody can do any wrong. I am enjoying the character," smiles Anushkaa.

The show is launching on October 3rd on SAB TV.