Anushka Sharma is currently expecting her first baby with husband Virat Kohli and currently the couple are making the most of their time together and enjoying every bit of their pregnancy. Soon after making the big announcement, parent-to-be for the first time flew to Dubai for the upcoming IPL 2020 Season.

As reported earlier, Baby Kohli will be arriving in January 2021 and till then Anushka has decided to dedicate her whole and soul to her baby and not divide her attention to her work. And amid all this, news about the Pari actress being a part of Saif Ali Khan and Prabhas starrer Adipurush has been making rounds. Various reports claimed that Anushka will be joining the team as the leading lady of the film.

However, a source close to the actress has denied all the reports and stated that she won't be resuming work anytime before April 2021. Only after delivering her first child, and once she is in the pink of her health post delivery, will she get back on the sets.

The source told Pinkvilla that neither Anushka has been approached for Adipurush and nor is she doing it. She is enthusiastically waiting to resume work but that will happen only post her pregnancy and she will definitely be making big announcements about her projects but Adipurush is not on cards.

The source further cleared the air that she was never involved in the project.

"Anushka is raring to resume work immediately post her pregnancy and there will be big announcements in place as and when the time is appropriate but Adipurush definitely doesn’t feature in her plans. She was not involved in the project at all and thus, she is definitely not doing the film. There has been no discussion on anything about this film right from the script to the dates with her.”

The source further added that Adipurush is starting it's shooting schedule soon and hence reports about Anushka doing the projects are all false. On the other hand, she is chalking out some concrete post pregnancy work plans but as of now she just wants to soak in all the happiness while expecting her first baby.

“Adipurush, we hear, starts its shooting schedule soon so all this rumour of Anushka doing the project is full conjecture. Anushka is making concrete post pregnancy plans on her work front and we are excited about what those projects will be. As of now, she is soaking in all the happiness while expecting her first child.”

On a concluding note, the source added that after welcoming their first baby the actress might return to work in April next year. So far her aim is April end as by that time she be fit and healthy to resume work.

“We think Anushka will be ready to shoot from the end of April next year. That’s what she has been aiming for and given how fit and healthy she is, she will definitely be ready to roll at that time,” concluded the source. 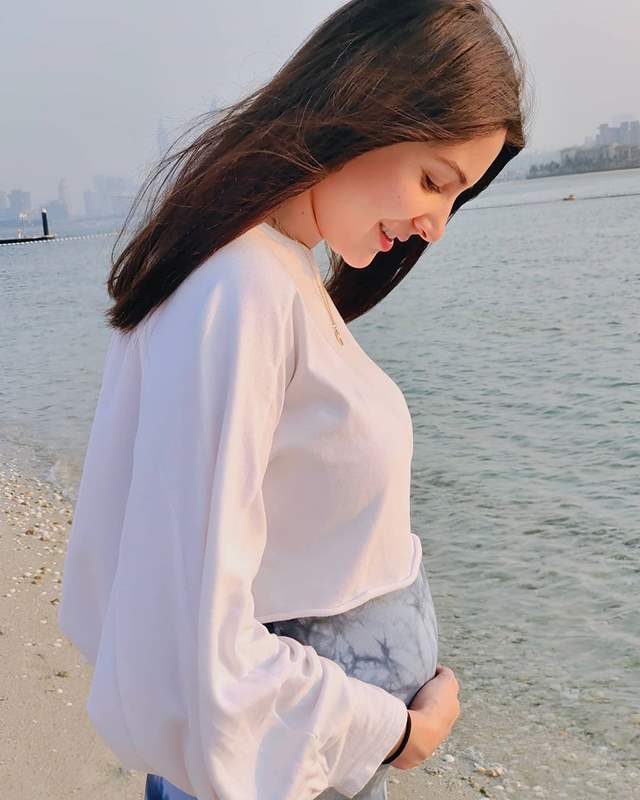 Prabhas has a Special Suprise for co-star Pooja Hegde on her Birthday; ...

Mirzapur fans from UP get a chance to vote on who they think ...