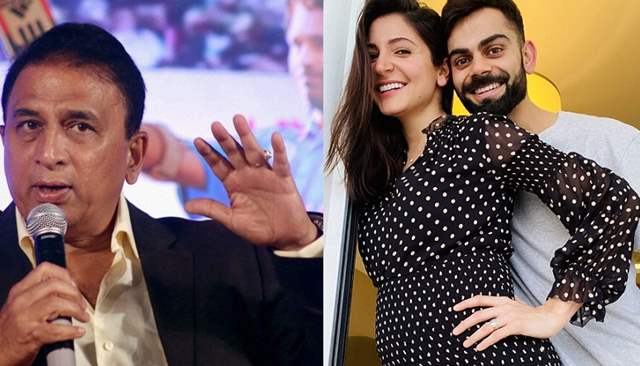 In a shocking incident, while giving commentary during the Royal Challengers Bangalore (RCB) and Kings XI Punjab's match, the former cricketer-turned-commentator took a dig at Virat Kohli and said that he only trained against Anushka’s balls during the lockdown.

Reacting to his comment, Aushka took to her social media and wrote:

"That, Mr Gavaskar, your message is distasteful is a fact but I would love for you to explain why you thought of making such a sweeping statement on a wife accusing her for her husband's game ?

I'm sure over the years you have respected the private lives of every cricketer while commentating on the game.

Don't you think you should have equal amount of respect for me and us?

I'm sure you can have many other words and sentences in your mind to use to comment on my husband's performance from last night or are your words only relevant if you use my name in the process?

When will I stop getting dragged into cricket and stop being used to pass sweeping statements?

Respected Mr. Gavaskar, you are a legend whose name stands tall in this gentleman's game. Just wanted to tell you what I felt when I heard you say this." 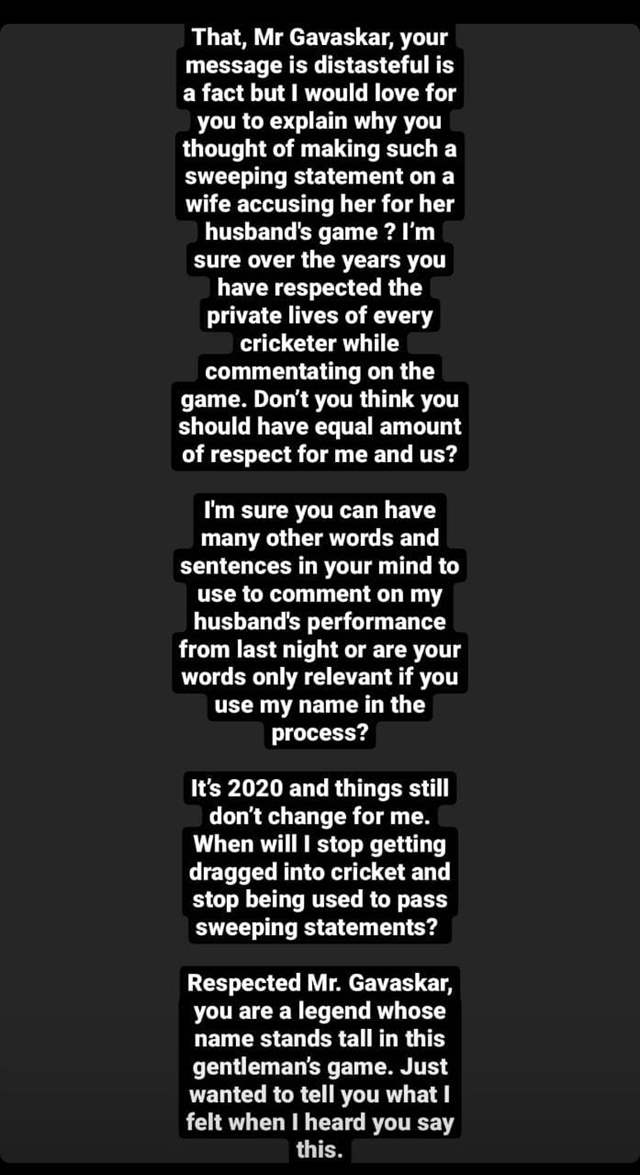 Anushka Sharma has an epic response on being asked if she will take ...

bubulswt 29 days ago she is right to give it back to gavaskr. He made a comment in which ever context he said it has double meaning or not but one thing is true the comment he made on Anuska it was below the belt