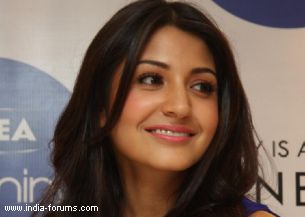 Actress Anushka Sharma, who completed five years in Bollywood Thursday, has thanked her fans for their continued love and support.

The 25-year-old started her acting career with the 2008 movie "Rab Ne Bana Di Jodi", in which she played the vivacious Taani. She debuted against superstar Shah Rukh Khan.

Thereafter, Anushka featured in movies like "Badmaash Company", "Band Baaja Baraat", "Ladies vs Ricky Bahl", "Jab Tak Hai Jaan" and "Matru ki Bijlee Ka Mandola". Her innings have been fairly successful, and her confidence on and off screen is often talked about.