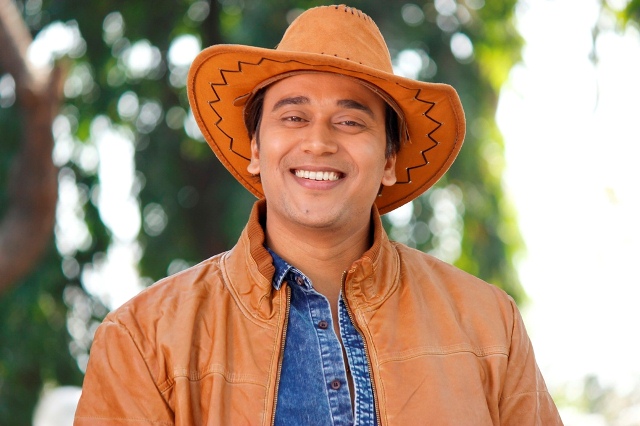 Anurag says, "Yes, Ekta Kapoor thinks I am lucky for her. She believes that every time I have entered any of her shows, the TRPs have increased. In fact I was supposed to do a three day cameo in Pavitra Rishta but since they saw a steady rise in the show's popularity after my entry, my role turned into a bigger one. Same was the case with Yeh Hai Mohabbatein which helped me gain critical and audience acclaim. I think it is for this reason, Ekta thought I was perfect to play the role of Ram Kapoor aka RK in Itna Karo Na Mujhe Pyar."

We wish Anurag all the best and hope he continues to prove lucky for all his shows!

The actor who is currently busy shooting for the wedding sequence in the show, has managed to become great friends on set with everyone in a short span of time. Since he is paired opposite Ashwini Kalsekar aka Pam in the show, he is seen having a blast with her on set!

+ 5
6 years ago Really liked Anurag Sharma as Satish in Pavitra Rishta. But in IKNMP, I wonder why such a nice guy is after that steamroller Pam?

6 years ago sweet guy...I love his character except that how can such a sweet person love someone like Pam!!!