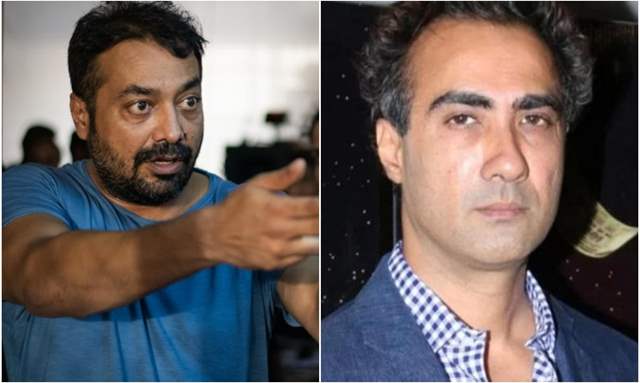 Sushant Singh Rajput's untimely demise has sparked numerous debates within the Bollywood industry. With each passing day, more and more artists are coming forward to talk about their bitter experiences in the industry and celebrities are now raising a voice against the unjust practices of lobbying and favouritism.

In the wake of such debates, actor Ranvir Shorey took to Twitter to call out the ‘hypocrisy’ of independent filmmakers. He wrote, ”So many independent-film-crusaders have turned mainstream-bollywood-flunkies now. These are the same people who used to rant 24/7 about the “system” for attention before they were given entry into the pearly gates of mainstream Bollywood. #Hypocrisy much?”

While Ranvir did not take any names, his tweet has irked filmmaker Anurag Kashyap, who hit back at the actor’s tweet saying: “Do you really mean that @RanvirShorey . If you do please explain . Please say exactly what you mean and whose flunky is who?”

And soon the two of them got into a heated discussion that did not go down well. Reacting to Anurag’s tweet, Ranvir replied back saying that taking names is beneath him. “I always say what I mean, @anuragkashyap72, you know that. And I don’t think what I’ve said lacks any clarity. It pretty much explains everything. As for taking names, that’s beneath me. I’m not trying to sling mud, but just reminding people where they come from.”

To which, Anurag had a harsh response as he tweeted back to Ranvir: “So let’s talk . Right here. Whose flunky you think I am ? Dont mix the pain of your past relationship with this debate. I will say everything here .. the correction is needed in this industry like every industry . I operate alone .. bolo”

“I didn’t mention you, so why don’t you confess whose flunky you are, if you’re so gutted by what I’ve said. And I don’t understand what you mean by “the pain of my past” nonsense. Don’t try to be my shrink. I assure you, I work even more alone than you!” came Ranvir’s hard hitting reply.

And their Twitter brawl continues. Check out the entire thread here:

What's your take on this? Share with us in the comments below...