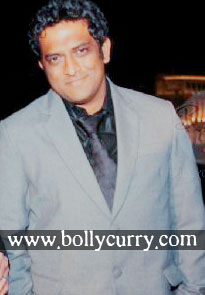 Anurag Basu, director of the much-hyped 2010 release Kites, does not handle failure well. The proof? After Kites failed to live up to its sky rocketing expectations, Anurag has made the decision to go back to TV, leaving the silver screen behind. And also, stars with attitude problems.

Basu is compelled into feeling the onus of this failure upon himself, by the Roshans who in his opinion have shifted the entire blame onto him. Rumour also has it that his protegee Kangana Ranaut is equally unhappy with him and is keeping away.

The two things put together leave him an unhappy man.

Consequently, Anurag has voiced his intention to return to TV, and to focus all his attention on a new show.

Hm. Just remember, Anurag, that B-Town stars aren't the only ones with 'attitude problems'!