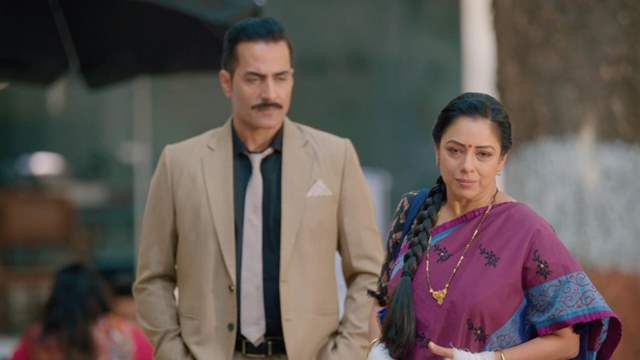 The divorce proceedings of Anupamaa and Vanraj in Rajan Shahi's "Anupamaa" has finally started. The couple was asked to meet a counsellor who tried her best to sort out the differences between them. She said that after 25 years of marriage and three grown-up kids couples don't choose to part ways, and even if there is some chances of reconciliation left then they must think of it.

She tells Anupamaa that initially Vanraj had accused of her being mentally unstable, but took the blame back and that Anupamaa has not made any such claims. Vanraj was quick to mention that he did it out of anger, and Anupamaa said she just wants a divorce and nothing else. The counsellor told them that this shows that they care for each other and should give their marriage another chance.

Later Vanraj accepted that he has made a mistake which Anupamaa is not ready to forgive him for, and Anupmaa said it was not a mistake, he cheated on her with another woman and she can never forget and forgive it. After hearing their side of stories, the counsellor asked them to sign on the divorce proceedings paper.

In the upcoming episode, we will see both Anupamaa and Vanraj getting emotional after signing the papers. It is going to be very dramatic and touching going forward as it will show the emotional turmoil a middle-aged couple goes through during a divorce. So keep watching "Anupamaa" to know more.