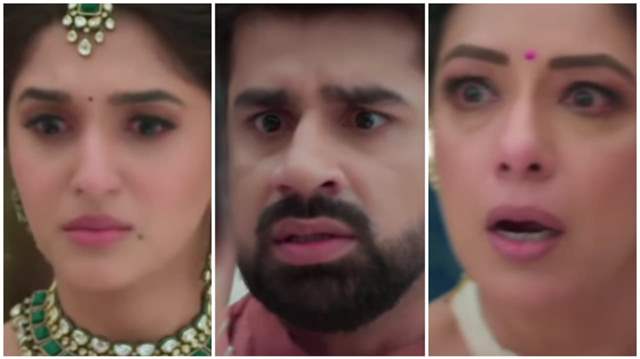 Star Plus show ‘Anupamaa’ is getting quite interesting with each passing episode. The current track of the show revolves around Anupamaa learning about Toshu’s affair. Rakhi also knew about the same but she kept mum thinking about Kinjal’s happiness. However, Anupamaa is quite furious on Paritosh for the same.

In the upcoming episode, Anupamaa hears Paritosh trying to manipulate Kinjal and claiming to be a best husband and father. He further states that he will take the responsibility of the baby and for that he will have to work day and night for the same and might return late at home. Hearing this Anupamaa loses her calm and gets furious on Paritosh.

Anupamaa shouts at Paritosh and asks him to have some shame. Rakhi tries to stop Anu but in vain. Vanraj and Kinjal ask Anupamaa about the matter. Paritosh states that Anupamaa is over reacting. Anuj takes Anu’s side and asks him to not blame Anu but Toshu lashes out at Anuj for coming in between their family matter. This angers Anupamaa and she asks Toshu to watch his words.

Later, Anupamaa reveals the truth to everyone and the face that Paritosh isn’t even sorry for his actions. Everybody is shocked to hear the same but Paritosh continues to justify himself. Anupamaa slaps him. Vanraj tells Toshu that he fell in love with someone else while he went ahead for a one-night stand.

In the upcoming episode, Kinjal tells Toshu that she will forgive him but the condition is that she will also do the same mistake that he did. This gets Toshu furious and he shouts at Kinjal. Kinjal further lashes out at Toshu.