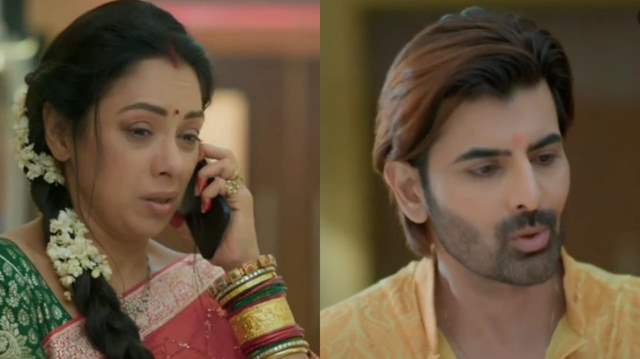 Star Plus show ‘Anupamaa’ has left all the fans on the edge of the seats with the intriguing drama. The current track of the show revolves around Anuj and Vanraj meeting with an accident. The duo is in a critical state and has been hospitalized. There’s a lot of mystery behind the accident as the car wasn’t ruined. Kavya is the only person who knows what conspired between the two before they ended up falling into the cliff.

In the upcoming episodes, the doctors inform the family that 48 hours is very difficult for both of them and they can only tell them about their conditions after 48 hours. Anu, Leela, Kavya and everyone else panic. The doctors ask the family members to fill the declaration form. Toshu signs the form. Ankush meets Adhik and ask him if he is responsible for the accident. Adhik says he is not a criminal. Ankush and Adhik think about Barkha.

Toshu asks Ankush to sign the form but Anu states that she will do it as she has done it before and knows what’s written in the form. She signs the form with a heavy heart. Anu talks to Anuj’s photo in her phone and asks him to return. She gathers herself and puts her faith in the God.

The family yet again asks Kavya about what happened between the two. Anu remembers Vanraj texting Anuj. Ankush think Vanraj must have tried to push Anuj. Leela lashes out at him and Anu asks everyone to calm down. She asks Kavya about the matter, she is about to reveal but then doctors rush towards the OT and the family asks the doctor about Vanraj and Anuj.