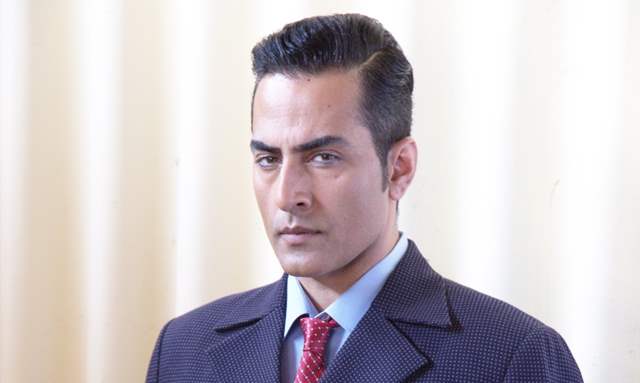 Sudhanshu Pandey has been in the industry for over two decades now and has appeared on both small and big screens, and he feels that it's easy for a TV actor to get typecast. However, he mentioned that they can always break the monotony.

He said, "Television actors get typecast little faster because they are seen in a daily show every day. You are playing this same character every day for year's, so you do tend to get typecast but I think there is always a scope to break away from it because audiences memory is not forever. You do something different, give them a different sort of entertainment through different characters and they will forget your past. It depends on whether you want to do the same thing or you want to move into a different character. It’s a personal choice."

The handsome actor is currently seen as Vanraj Shah in the popular TV show "Anupamaa". He revealed when it comes to picking a script he sees how impactful his character is. "The script should be very good, and I think it’s very natural for any actor to see what his character has to give in the script, so I always look for that and I make sure that if I choose a character it has to be absolutely central and important to the story only then I choose the character," he said.

Sudhanshu has done over 40 films where he was seen with actresses like Raveena Tandon, Priyanka Chopra, Gracy Singh, Hrishitaa Bhatt, and Mahima Chaudhary. But when asked for his favourite character, he shares that it would be the web series "Hundred" where he was paired opposite Lara Dutta.

So is it a conscious effort to choose different characters? "Well, for an actor, I think it’s very important because you can’t be typecast in one. In our industry especially in the Indian film industry, it's a very natural process of getting typecast, so I have always taken roles that are drastically different from each other just like Vanraj Shah is different from anything that I have played till now. It’s always been, and it will always be my conscious effort to not do anything close to the one that I have done earlier," he said.

Speaking of Vanraj Shah, Sudhanshu said, "I was always told by Rajan (Shahi) from the beginning that this is going to be a very different character and true to his word the character has turned out to be one of the most complex and complicated characters that I have done. It has got too many layers and so many different graphs now and then as the story proceeds. This is the most enjoyable character that I have played to date."

He also spoke about how at times a celebrity's personal life takes the center stage once they make their relationship public. He said, "Actors have a certain enigma related to them because people see them on-screen and they always wonder what this person must be in real life, so there is always an enigma related to it and when you give out your details or when you talk about personal life then obviously everybody wants to talk about that because that is something that not everybody gets to know."

"I am a very private person, and I never talk about my personal life out in the media or with anybody. I think an actor should always avoid talking about their personal life on a public platform because then it leaves nothing like a surprise for the audience. After all, you become like an open book for the audience. I feel there should be a certain amount of mystery and enigma attached to an actor always from the audience's point of view because that's what makes them curious about you and see your work," Sudhanshu concluded

Well, Sudhanshu sure has quite the inputs to give.