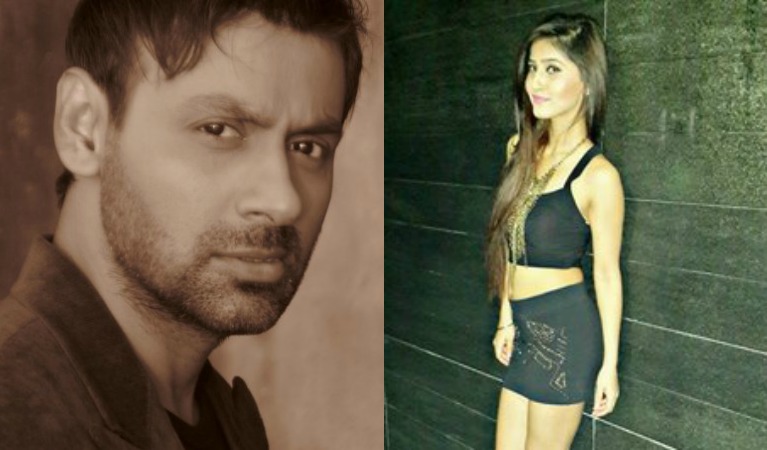 Anupam Bhattacharya who has earlier mesmerized the audiences with his shows such as Ek Hazaaron Mein Meri Behna Hai and Devon Ke Dev...Mahadev, will now make his presence felt in an episodic of Aahat.

Accompanying him would be Chandni Sandhu, who has been seen on Bade Achhe Lagte Hain and Buddy Project.

Anupam will essay the role of a charming professor who is an eye-candy for his students. Chandni essaying the role of one of his students, will gift him a mask but little will she know that the gift is possessed.

What will follow next is a series of events and happenings to stop the evil spirit in the professor's body from killing people.

When we contacted Anupam for more information, he stated, "I cannot divulge details of the story however, I had stopped doing episodic shows long ago as I found the quality of the scripts very average. But this is something where I would be driving the story and hence I chose the project. I am very excited to be a part of Aahat."

Chandni contributed, "Aahat roles out distinguished episodics which keep the viewers on the edge of their seat. I am enjoying myself thoroughly shooting for the show."

We await for the edgy thriller to unfold the following week!

8 years ago One can never explain his work fully in sentences. It was sheer poetry.

Each scene - Each character & depth of reality leaves you speachless. I m his biggest fan. :D

8 years ago Thanks for remembering such a legend ...

+ 2
8 years ago Guru Dutt...the legend.
i watched only 4 movies of him and Payssa and kagaz ke phul among them.

i am just moved and spellbounded by thsee two movies and his brilliance.
Hatts of to this pathbreaker who can create film like "Payassa" one of my all time fav movie.
In hindi he is my best realistic director.Who sees life in different light.

for his contribution to Indian Cinema

I enjoy watching his movies

+ 2
8 years ago True legend of Indian Cinema. A path breaking director and a consummate actor. A visionary who was way ahead of his time. His movies are an inspiration.

8 years ago He was superb in saheb biwi and gulam. Great actor...

+ 2
8 years ago A true legend who made movies way ahead of their time! watched pyaasa couple days ago and still can relate to that movie!

+ 5
8 years ago He made amazing movies and was such a great actor!No one makes such movies anymore!The songs In his movies are still so loved...!