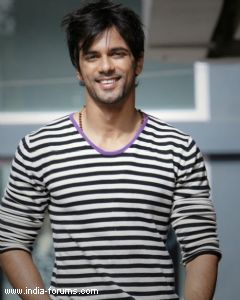 Actor Anuj Sachdeva who is currently in Chandigarh to promote his Punjabi debut film Haani was mobbed at a local college in the city.

Anuj along with the rest of the team of Haani including Harbhajan Mann and Sonia Mann has been touring local colleges to promote their upcoming movie.

The response from the younger generation for Anuj has been tremendous, especially since most of the girls recognized him from his television shows and ads.

When asked Anuj about the incident he says, "I was stunned by the response. Most of the girls were calling me Amrit or Manav due to the onscreen characters that they have seen me play. It was really touching to see the overwhelming response."

Seems like Anuj has become hot property in Punjab! 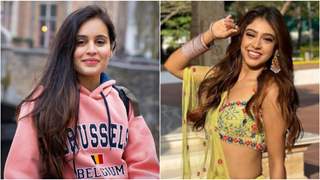 + 2
9 years ago All the best, Anuj Sachdeva. Try to come back soon after Chhanchhan

9 years ago Anuj Sachdeva ur amazing as manav in Chhanchhan.!!

9 years ago Anuj Sachdevs and Sanaya Irani are good in Chhanchhan. Wish they get good projects also after CC.

9 years ago Best wishes, Anuj Sachdeva. You made a fantastic pair with Sanaya Irani in Chhan Chhan...

9 years ago All the best Anuj Sachdeva.
Manav and Chhanchhan...we are going to miss you and Sanaya Irani. :)

9 years ago Anuj Sachdeva, The very best for you. May you have all the success you desire. We are going to miss you and Sanaya Irani; Manav and Chhanchhan. :)

9 years ago Loved you with Sanaya in ChhanChhan...all the best