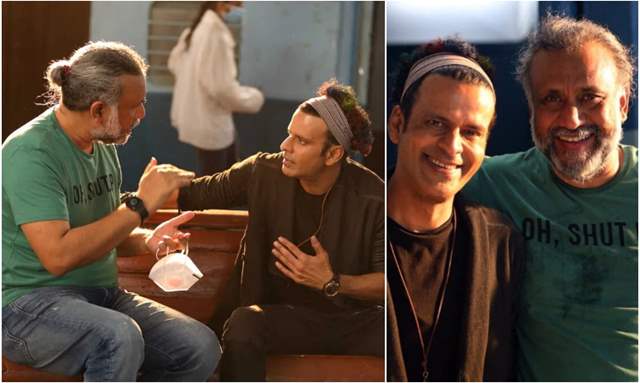 Building the anticipation even further, Anubhav Sinha – the creator, producer and director of the song has recently dropped the poster of the song showcasing Manoj in an upbeat mood!

Ever since the song’s teaser was launched last week, the fans of the versatile actor couldn’t stop praising the actor’s singing prowess and looking forward to watch the full song. Also, the director-actor duo, who have also been friends for over two decades, recently launched a video talking about the making of the song, making the audience wanting for more!

Composed by Anurag Saikia and penned by Dr Sagar, ‘Bambai Mein Ka Ba’ was shot at a city studio in a day in the midst of the coronavirus pandemic. “I have finished shooting most of my songs in one day, including the popular track ‘Dus Bahane’ and fortunately all those songs have been chartbusters,” informs Anubhav.

Manoj took to social media to share the poster of the song with his fans and within no time Anubhav reposted the poster echoing the same sentiments!

Produced by Benaras Mediaworks and directed by Anubhav Sinha, in collaboration with T-Series, the song ‘Bambai Mein Ka Ba’ featuring the versatile actor Manoj Bajpayee will be launched soon.