A new challenger is soon to join Star Plus' Amul Star Voice of India. This time it’s none other than our hot singer turned model and VJ, Anoushka Manchandani. 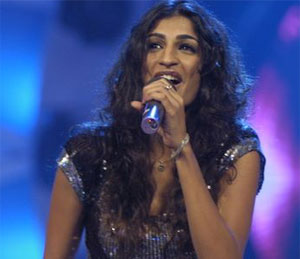 Featured Video
She was part of an Indian band called 'Viva' that was formed after a nationwide competition held by Channel V sometime in 2002. Five girls won the contest and they formed the initial band.

We called up the Producer, Gajendra Singh to know why he decided on Anoushka as challenger. “She is a known face and a contemporary singer in the industry. This new element is to shake up the contestants and to let them know that this time it won’t be easy to win the title of VOI. The best part about her voice is that it fits in today’s music world and I think even our participants can learn many things from her”

Do you think her entry as challenger is justified? “Well I have taken it in a positive manner. This time the panel of judges are very particular when it will come to choose the Voice of India. This time we are looking out for a singer who has powerful voice like Lata Mangeshkar, Kishore Kumar and we are positive to find a similar one very soon,” he adds.

In the upcoming episode, Anoushka will be challenging all the six contestants openly. Let's wait and watch who survives the competition… 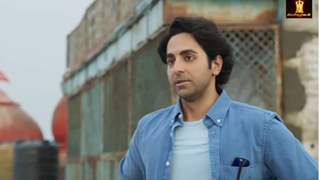 + 3
14 years ago pointless show..
wen u hv an established singer why hv thm in the competition???
i dun get it
shudnt this platform be for new budding talent n not the ones tht already are

14 years ago interesting concept, but i don't feel it's fair to the contestants, she has more experience than they do along with fans.... but hope they can overcome this new obstacle!

14 years ago i think that it is unfair but maybe the way she is taking part is that she cant really be voted on.
i personally would love this challenge....after i got over the initial shock of it.

14 years ago anushka is such a powerful singer!
she is already established!
that is unfair to the contestants!

+ 9
14 years ago Happoy to see Anushka back on TV but i guess its unfair to other contestants.

+ 5
14 years ago oh god this is so awfully shocking...god she as a contestant.????!yeah she is already such an established singer how can she compete!!! oh god save them...

14 years ago what is this?? bringing an established singer into competition which is full of mediocre singers.......i don't know what to call these guys!

+ 3
14 years ago thts gonna be tough and intresting... and a shock for the contestants...