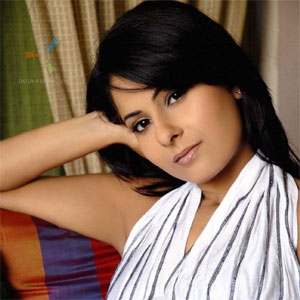 Last week after the elimination of Ragini Khanna from Zee TV's Star Ya Rockstar, this week it will be Chhavi Mittal who will face the blow leaving Kapil Sharma, Sachin Pilgaonkar, Manasi Parekh and Sumeet Raghavan in the competition. After being in bottom two repeatedly since the past few weeks, the actress and now an effortless singing star had to say bye bye to the show.

Our source unveils, "It was a bad day for Chhavi Mittal as she got the lowest marks and audience votes. She was one of the most consistent singers  and a tough competition for other contestant."

Meanwhile, Bappi Lahiri will appear as the celebrity guest on Saturday's episode and while Suresh Wadkar will grace the show on Sunday.

With just four power packed celebrity singers left on the show, lets see who gets the title of being the ultimate Rockstar...

-Shankar- 8 years ago Will miss Chavvi!
Manasi is my pick for winner!

yipee 8 years ago she was good, thats sad that she got eliminated

fatmaghozi 8 years ago Besides being a very good actress Manasi is also a very good singer.Hope she becomes the rockstar as well.

-Rimsha-sizzles 8 years ago Unfair Elimination she wa such a good singer...just hate this show SYR...

dua_44ever 8 years ago Man! Manasi better win this thing ..Sachin is good too and so is Kapil... But the girl in me wants Manasi to win :P not just that... She is actually really good

Shehreen_27 8 years ago Are you serious? she was such a good singer , Im not really her fan but her singing was really good! Things have been unfair with her since the show started! Now , I dont really care about this show anymore..Not even gonna watch it ..!! Unfair show!

-MariaMars- 8 years ago awww.. she was very good in singing and cute.. will miss her..

Saying Goodbye To 'Keeping Up With the Kardarshians' - ...
10 minutes ago

Here Are The Indian Shows That Made it To International Emmy ...
32 minutes ago

Abhishek Bachchan Conducted an Ask Me Anything Session; ...
51 minutes ago

Fukrey 3 Team Kick-starts their Work ahead of Shooting; ...
an hour ago

Alaya F on working during lockdown: Everything now takes 5 ...
3 hours ago