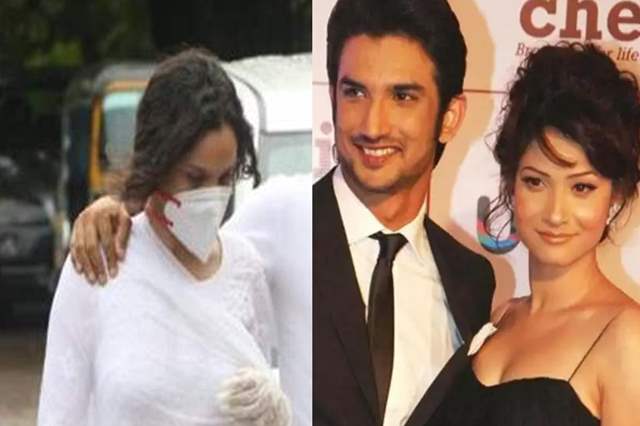 It has been over five days now but it can safely be said that not many have been able to actually 'move on' from the untimely demise of actor Sushant Singh Rajput, after he committed suicide. Apart from the millions of fans of the actor, his closest friends have obviously been the most affected and one of them is producer Sandip Singh. Singh shared an amazing bond with both Rajput and former partner, Ankita Lokhande, where they have had some amazing moments over the years. In a long post on Instagram, Singh penned a special note for Lokhande stating two major things among other stuff - that only she could have saved him and that she hasn't still removed Rajput's name from her nameplate.

He wrote, "Dear Ankita, with each passing day, one thought keeps haunting me over and over again. Kaash... I wish... We could have tried even harder, we could've stopped him, we could've begged him!

Even when you both separated, you only prayed for his happiness and success... Your love was pure. It was special. You still haven't removed his name from the nameplate of your house I miss those days, when the three of us stayed together in lokhandwala as a family, we shared so many moments which bring tears to my heart today...cooking together, eating together, ac ka paani girna, our special Mutton bhaat, our long drives to uttan, lonavala or Goa! Our crazy holi! Those laughs we shared, those sensitive low phases of life when we were there for each other, you more than anyone. The things you did to bring a smile on Sushant's face.

Even today, I believe that only you two were made for each other. You both are true love. These thoughts, these memories are hurting my heart...how do I get them back! I want them back! I want 'us three' back! Remember the Malpua!? And how he asked for my mother's Mutton curry like a little kid!

I know that only you could've saved him. I wish you both got married as we dreamt. You could've saved him if he just let you be there...You were his girlfriend, his wife, his mother, his best friend forever. I love you Ankita. I hope I never lose a friend like you. I won't be able to take it."

We hope Sushant is resting in peace.

tabby999 4 months ago Surely believe ..if anikta would have been there he would not has lost his spirit ...but all remain if... It remains a untold ,uncompleted and never ending story... Ankita get the courage to face all this though she had moved on with her life .. I believe in cycle of rebirth ...the only wish I have for sushant .. May bhagwanji give you a life full of happiness and bless u with all the true love ,things and achievements u wish for urself in this life ..

A HUGE FAN 4 months ago I think AL was perfect for SRS, but whatever happened, I'm glad they were both civil about each other.

...EhSaas... 4 months ago I am not their fan but I do believe this. Things might have been different if they were together.